In a science lab, a petri dish hosts a healthy colony of yeast for an experiment. Now every minute, all the yeast cells divide into two. At noon, there was just a single cell of yeast and at 1:22, the Petri dish was half full. Can you calculate when the dish will be full of yeast?

One day, all the courtiers from Akbar's court were gathered in the assembly hall when one of them told the Emperor that all his valuables had been stolen by a thief the previous night.
This shocked the Emperor to his core as the place where that courter stayed was the most secured in the kingdom. The Emperor thought that it is not at all possible for an outsider to enter into the courtier's house and steal the valuables. Only another courtier could commit this crime. He quickly called Birbal to identify the thief.
Birbal thought for a while and successfully solved the mystery by identifying the thief in just one statement.
What did Birbal say?

A boy was at a carnival and went to a booth where a man said to the boy, "If I write your exact weight on this piece of paper then you have to give me $50, but if I cannot, I will pay you $50." The boy looked around and saw no scale so he agrees, thinking no matter what the carny writes he'll just say he weighs more or less. In the end the boy ended up paying the man $50. How did the man win the bet?

A man started to town with a fox, a goose, and a sack of corn. He came to a stream which he had to cross in a tiny boat. He could only take one across at a time. He could not leave the fox alone with the goose or the goose alone with the corn. How did he get them all safely over the stream?

A maths symbol is hidden in the below Bar Graph. Can you decipher it? 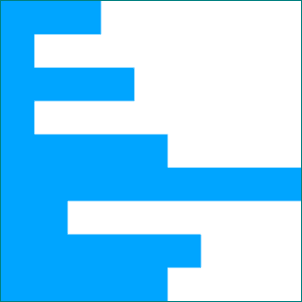 A farmer and his neighbour once went to Emperor Akbar"s court with a complaint. "Your Majesty, I bought a well from him," said the farmer pointing to his neighbour, "and now he wants me to pay for the water."
"That"s right, your Majesty," said the neighbour. "I sold him the well but not the water!"?
The Emperor asked Birbal to settle the dispute. How did Birbal solve the dispute? 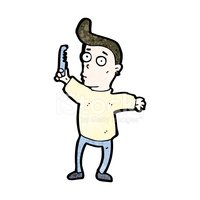 Before Mount Everest was discovered, what was the highest mountain in the world?

Count the number of times the letter "F" appears in the following paragraph:

FAY FRIED FIFTY POUNDS OF
SALTED FISH AND THREE POUNDS
OF DRY FENNEL FOR DINNER FOR
FORTY MEMBERS OF HER FATHER'S FAMILY.

Can you spot the man between the coffee bean in the picture below ? 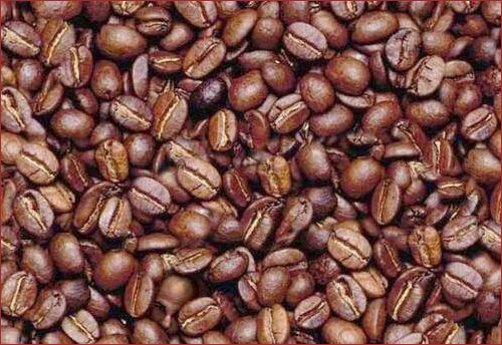 The word ladder puzzle was invented by Lewis Carroll, author of Alice’s Adventures in Wonderland.