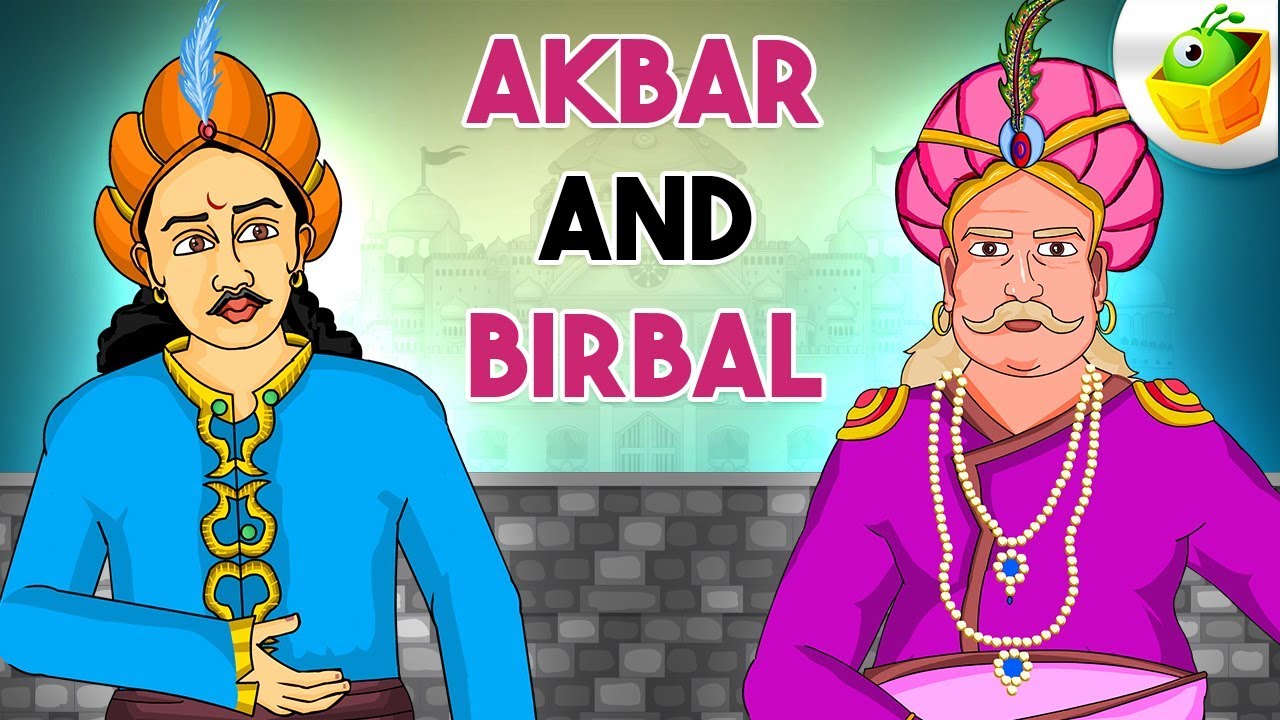 Akbar and Birbal Riddles are filled with clevery and tricks. Akbar & Birbal riddles are fun filled with showcase of intelligence. We have huge collection of these riddles, puzzles, brain teasers. Akbar birbal Riddles can be fun in asked with group of friends, families mainly kids.

What did Birbal say?

The King of a distant land had heard that Birbal was one of the wisest men in the East and so desired to meet Birbal. He sent Birbal an invitation to visit his country.

In due course, Birbal arrived in the distant kingdom. When he entered the palace he was flabbergasted to find not one but six kings seated there. All looked alike. All were dressed in kingly robes. Who was the real king?

The very next moment he got his answer. Confidently, he approached the king and bowed to him.

How did Birbal know who was the real king?

One day, Birbal got late for a function and Akbar was highly disappointed.
Please forgive me Jahanpanah. I arrived late because my child was crying and I had to calm him down, explained Birbal.
Does it take this long to placate a child? questioned the emperor. I feel that you have no idea about how to raise a child. I order you to act like a child and I will act like your father to show you how you should have dealt with your child. Come on! Ask me all that he asked from you.
Father, I want a cow, said Birbal.
The emperor quickly ordered one of the servants to bring a cow to the kingdom.
I want to drink its milk, now, now, now! said Birbal, imitating the voice of his child.
Akbar asked his servants to milk the cow and give to Birbal.
The servants quickly milked the cow and offered the milk to Birbal. He sipped in a little and then gave the bowl to the emperor.
As Birbal put up the next demand that was put up by his child a few hours ago, the emperor was stunned and left the room.
What did Birbal say?

One day, all the courtiers from Akbar's court were gathered in the assembly hall when one of them told the Emperor that all his valuables had been stolen by a thief the previous night.
This shocked the Emperor to his core as the place where that courter stayed was the most secured in the kingdom. The Emperor thought that it is not at all possible for an outsider to enter into the courtier's house and steal the valuables. Only another courtier could commit this crime. He quickly called Birbal to identify the thief.
Birbal thought for a while and successfully solved the mystery by identifying the thief in just one statement.
What did Birbal say?

Birbal was jester, counsellor, and fool to the great Moghul emperor, Akbar.
The villagers loved to talk of Birbal's wisdom and cleverness,
and the emperor loved to try to outsmart him.
One day Akbar (emperor) drew a line across the floor.
"Birbal," he ordered, "you must make this line shorter, but you cannot erase any bit of it."
Everyone present thought the emperor had finally outsmarted Birbal.
It was clearly an impossible task.
Yet within moments the emperor and everyone else present had to agree that Birbal had made the line shorter without erasing any of it.
How could this be?

One fine day, an intellectual man came to the emperor's court with the aim of testing Birbal's wittiness. In order to do this, he challenged Birbal to answer his question and hence prove that he was as intelligent and witty as he was said to be.
He asked Birbal, Do you want me to ask one difficult question or a hundred easy ones?
Since both Akbar and Birbal had had a tough day and were eager to leave, Birbal hastily told the intellectual to ask him a single difficult question.
Intellectual: OK. Tell me what came first into the world, the egg or the chicken?
Of course, the chicken, Birbal replied with a smile.
This time with a note of victory in his voice, the intellectual asked Birbal, How will you demonstrate that?
What did Birbal say?

What must Birbal buy to silence Akbar?

Artificial Intelligence has crushed all human records in the puzzle game “2048,” achieving a high score of 839,732 and beating the game in only 973 moves without using any undo.