What word is pronounced the same if you take away four of its five letters?

I have a five and a three-gallon jar. Assuming there is an infinite supply of water, how can I measure one-gallon water? 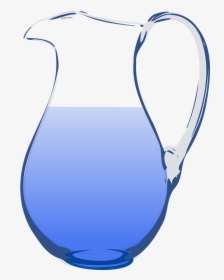 Once while in his court, King Akbar asked Birbal to write something on a wall that makes one sad when read in good times and makes one happy when read in sad times.

He took only a few moment and wrote something that fit the requirements. What did he write?

Take Away My All Letters

To Avoid uninvited guest royal family set a password.
Jack (an uninvited person) plan to enter the party. He stand nearby the door.

Jack thought is enough and he walked to the entry point. The security person said 'eight' , Jack replied smilingly 'four'.
He was immediately thrown out of the party. why ?

A mad serial killer kidnaps people and forces them to play the game of 2 pills with them, In this game, there are pills in the table and one of them is normal pill while the other one is deadly poisonous.
The victim will choose one pill and the killer will pick the other pill and both simultaneously will swallow the pill with water.
victim dies every time.

One day the serial killer kidnaps the Joseph and forces him to play the same game with him.

Joseph solves the mystery of the two pills and remains alive.

You have four chains. Each chain has three links in it. Although it is difficult to cut the links, you wish to make a single loop with all 12 links. What is the fewest number of cuts you must make to accomplish this task?

There are 2 cops parked along a one-way street looking for traffic violations. They spot a taxi driver going in the wrong direction, yet they do nothing.

Three cars are driving on a track that forms a perfect circle and is wide enough that multiple cars can pass anytime. The car that is leading in the race right now is driving at 55 MPH and the car that is trailing at the last is going at 45 MPH. The car that is in the middle is somewhere between these two speeds.
Right now, you can assume that there is a distance of x miles between the leading car and the middle car and x miles between the middle car and the last car and also, x is not equal to 0 or 1.
The cars maintain their speed till the leading car catches up with the last car and then every car stops. In this scenario, do you think of any point when the distance between any two pairs will again be x miles i.e. the pairs will be x distance apart at the same time ?

Jenifer and Jesica are having a conversation.

You are told that both of them are lying throughout in the conversation. Can you find their respective ages?

There is one thing that goes round the house and also inside the house but never even share a brief touch. What is it?